Hamarikyu Gardens is a typical strolling garden located in the Shimbashi area, a 12 minute walk from JR Shimbashi station.  It was built in 1654 by a feudal lord and later belonged to the Tokugawa Shogun. Looking for somewhere to relax, the lord filled in some of the tidal flats near the mouth of the Sumida River and laid out the original garden and buildings.  This public park and the high-rise buildings near it in the new Shimbashi business district provide a wonderful contrast.

Just after you pass the garden gate, you will find a 300 year old pine tree.  It is the largest black pine tree in Tokyo and believed to be the oldest. 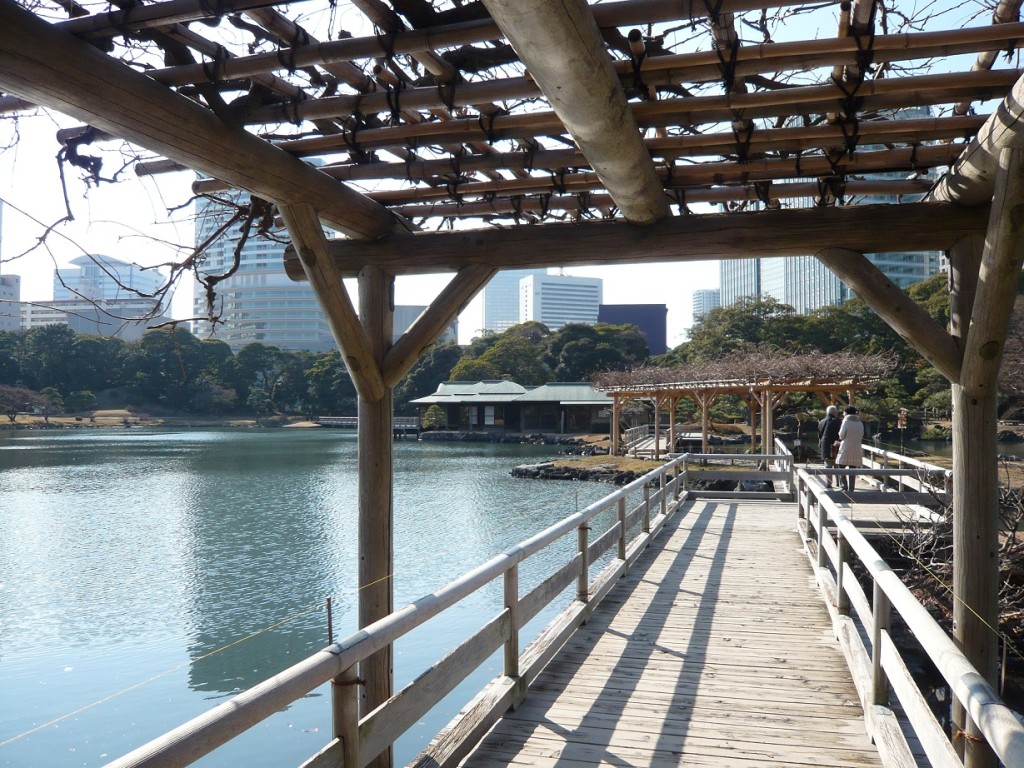 Hamarikyu Garden’s key feature is the saltwater pond, with its islands, graceful bridges and teahouses.  Due to its proximity to the coast, the pond is actually connected to the sea, rising and ebbing slightly twice a day.  Many kinds of fish can be seen swimming in the pond.
At the center of the pond, which is accessible by wooden pedestrian bridges, is a small island called Nakajima.  On it is a splendid tea house which was used to entertain senior samurai and imperial family members, as well as foreign guests including former U.S. President Ulysses Grant.  If you like, you can enjoy drinking powdered tea with a Japanese cake for 500 yen.