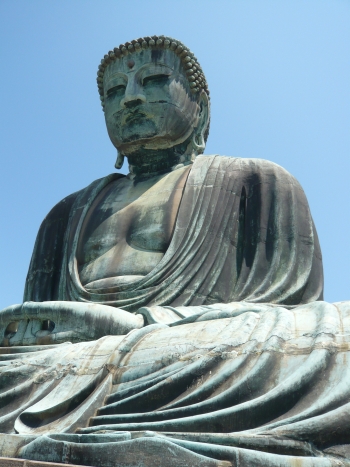 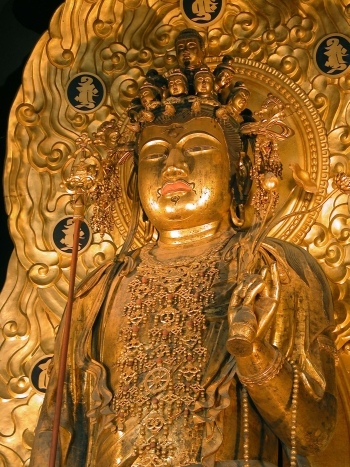 The Temple is only a five minute walk from Koutokuin Temple. The Hase Kanon (Bodhisattva) is enshrined here and is famous for its eleven heads, each representing a characteristic of the God. The garden is pleasant to stroll in and consists of ponds, rocks, and a small waterfall. In autumn, colorful leaves make the garden picturesque and in spring many kinds of flowers are in full bloom. From the observation platform you can see the coast and Kamakura City. There is also a cave with a Hindu goddess, which the Japanese call Benzaiten, carved in it. Many other gods who are children of Benzaiten are carved in the rock walls. Walking around the dark cave is a small adventure.

Yuigahama Beach is located south of Kamakura city ,about 20 minutes from Kamakura station on foot. It is one of the most popular and busiest beaches in the Metropolitan area. You can visit here even after  Hase temple.  The scenary from the beach is perfect. If it is very fine and dry, you may be able to see Mt.Fuji.