Ueno Park is located in the Taito District of Tokyo and is famous for its gorgeous cherry blossoms which bloom in early spring. However, it is not only cherry blossoms that beckon people to Ueno. There are many popular attractions including museums, a zoo, a shrine, a temple, a concert hall and a beautiful pond. 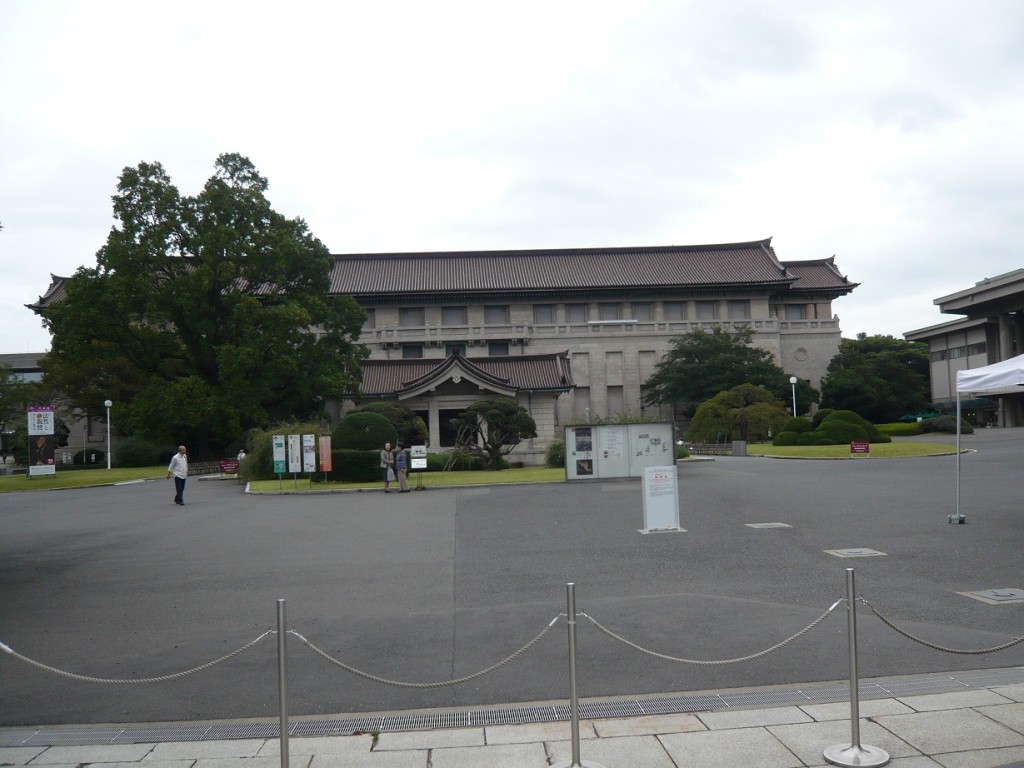 The museum holds a large number of works in fields such as painting, calligraphy, sculpture, decorative arts, and archaeology. Twenty four exhibition rooms on two floors provide a thorough introduction into Japanese art. “Highlights of Japanese Art” on the second floor introduces the development of Japanese art from the Jomon period (about ten thousand years ago) through the Edo period (1603-1868) in a chronological manner. There are also genre galleries displaying ceramics, swords, lacquerware, sculptures, and modern decorative art.

Closed: Mondays , New Year holidays(Dec 29 to Jan 1) If Monday is a national holiday,the museum is closed on the following day instead.

The galleries in this museum feature pre-18th century paintings including those by Ritzos, Van Cleve, Veronese, Rubens, Van Ruysdael, and Ribera; 19th to early 20th century French paintings including works by Delacroix, Courbet, Manet, Renoir, Monet, Van Gogh, Gauguin, and Moreau; and works by the following generation of artists, such as Marquet, Picasso, Soutin, Ernst, Miro, Dubuffet and Pollock.

Closed: Mondays , New Year holidays(Dec 28 to Jan 1) If Monday is a national holiday,the museum is closed on the following day instead.

National Museum of Nature and Science

This is a wonderful research museum where you can learn quite a bit about nature and science. A sample of the exhibitions include, “Nature and the Environment of the Japanese Archipelago”, ‘The Incredible World of Mammals and Birds”, “The Advance of Science and Technological Science”, “The Changing Global Environment and Evolution of Life”, “‘Solving the Riddle of the Dinosaurs”, and “Space, Matter and the Laws of Nature”.

Closed: Mondays , New Year holidays(Dec 28 to Jan 1) If Monday is a national holiday,the museum is closed on the following day instead.

Established in 1882, Ueno Zoo is the oldest zoo in Japan, located only ten minutes by train from Tokyo station. Ueno Zoo not only provides recreation, but also plays an essential role in wildlife conservation and public education. In an effort to breed endangered species, the zoo completed the “Gorilla Woods” and “Tiger Forests” habitats in addition to its famous Monkey Island. You can see nearly every kind of animal, bird and reptile at Ueno Zoo.

Closed: Mondays , New Year holidays(Dec 29 to Jan 1) If Monday is a national holiday,the zoo is closed on the following day instead. 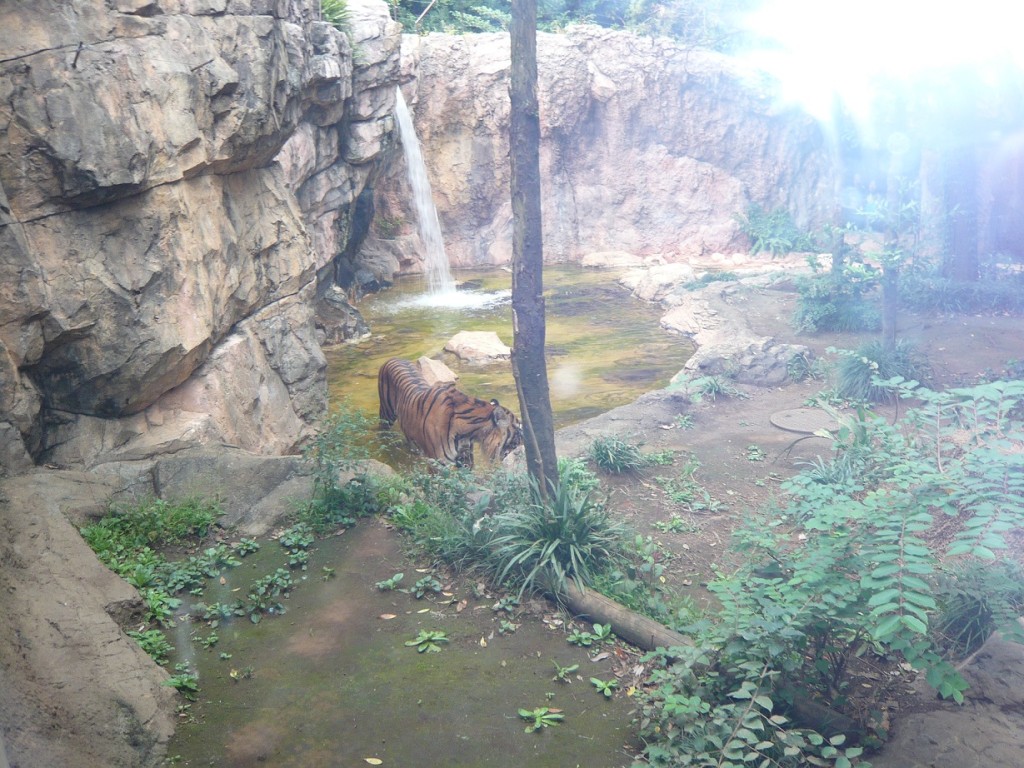 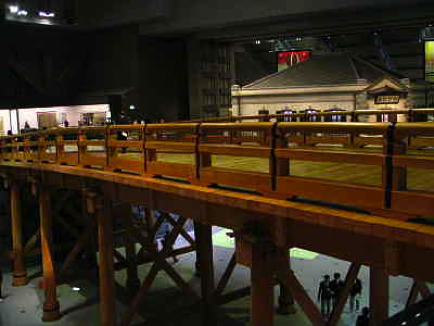 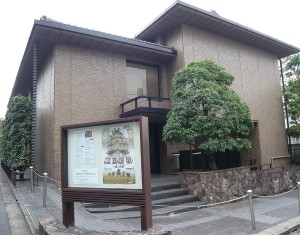 The museum was founded by Seizo Ohta (1893-1977) who was saddened that Japanese actually had to travel abroad to see Japanese wood block prints.  For years he collected prints from both inside and outside of Japan eventually opening the museum for people to come and admire.  The museum is located just a few minutes walk from JR Harajuku station.  The number of collected items tops 12,000 and includes wood block prints by Hokusai Katsushika, Hiroshige Ando, Moronobu Hishikawa, Harunobu Suzuki and other famous artists.  You can enjoy the prints as a beautiful art form while gaining a better understanding of everyday life during the Edo period which spanned from 1603 to 1867.  It is fairly widely known that Japanese wood block prints strongly influenced French Impressionist painters such as Van Gogh, Monet, Manet and Renoir.

Closed: Mondays,  3 to 5 days towards the end of each month for exchange of exhibition items, New Year holidays(Dec 21 to Jan 2)

Admission: 700Yen  or 1,000Yen depending on the exhibition items

The Edo-Tokyo Open-air Architectural Museum was founded as an annex of the Edo-Tokyo Museum in 1993 and now displays 29 buildings (30 buildings in 2013).  Each building was relocated here using original materials from its original place in Edo or later in Tokyo.  In the Edo period (1600-1867), Tokyo was called Edo.  The buildings are preserved as they were, giving visitors a clearer image of historical changes in terms of people’s lifestyle.

Visitors can basically enter any building such as the Farmer’s House with its thatched roof and open hearth.  The private house of Takahashi Korekiyo, a famous Japanese politician, is located here and is the place where he was killed during an attempted coup d’état in Japan in 1936 (The February 26 Incident).  You can also see the bath house Academy Award film director, Miyazaki Hayao, referred to in his animation film “Spirited Away”.  The Open-air Architectural Museum requires at least 1 ½ hours to enjoy.  It is closed on Mondays. 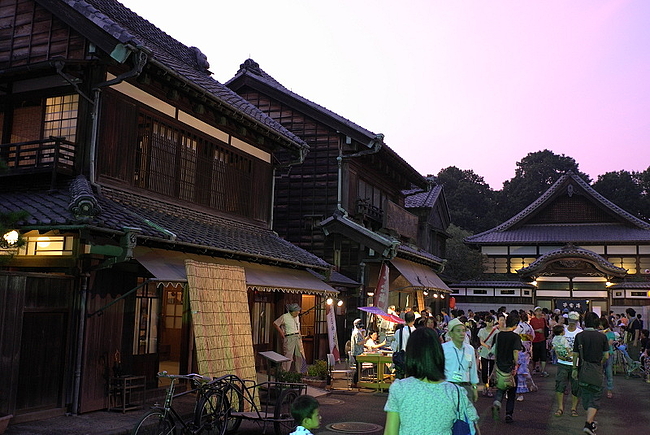