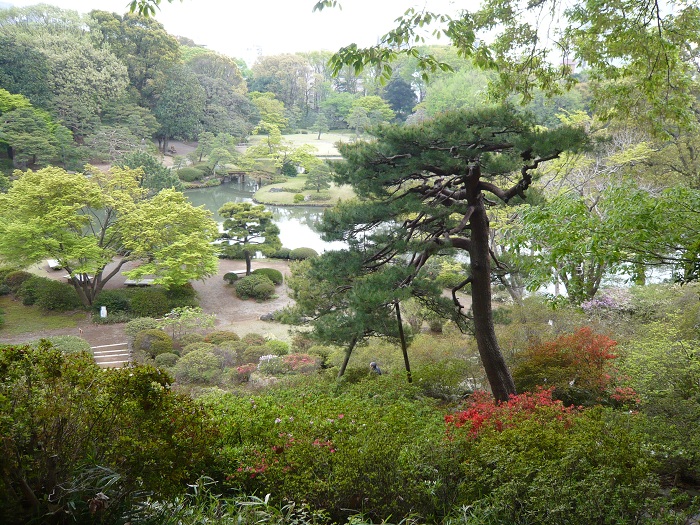 Rikugi-en is one of the most beautiful gardens in Tokyo, located one half hour from Tokyo station by train heading north. The garden was built in 1702 by a high ranking officer of the Tokugawa Shogunate as his villa.  Rikugi-en is a typical strolling garden.  However, because the land had been at the edge of the Musashino tablelands (plateaus), many hills and ponds were created.  The largest pond is surrounded by trees.  Replicas of beautiful, famous spots in Japan, such as Wakanoura Beach in Wakayama Prefecture, can be seen.  The garden became the property of the Iwasaki family (founder of Mitsubishi) in the late nineteenth century and was later donated to Tokyo.  In 1938 it became open to the public.  Because so many azaleas, which bloom in April and May, are planted there, the garden’s nickname is ‘Azalea Garden’.  It is also famous for weeping cherry flowers which bloom in late March or early April.  They are especially beautiful at night when the area is lit.