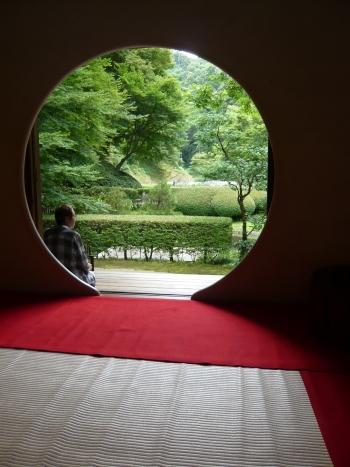 Kamakura used to be the de facto capital of Japan from the late 12th century to the mid-14th century when the feudal system for the aristocracy was started by the Samurai Shogun Minamoto Yoritomo. This era is called the Kamakura period during which many new Buddhist sects were founded resulting in the construction of many temples in Kamakura. Most tour sites such as the Great Image of Buddha, Hachiman Shrine, Hase Temple, and Kencho Temple were built during the Kamakura period. I am sure you will feel the history at these old sites. The city has a population of about 200,000 while most temples and shrines are located within residential areas. For this reason visiting Kamakura is similar to walking around in a park. In addition to the historical sites, you can enjoy shopping on Komachi Street which is lined with confectioneries and souvenir shops, and a variety of restaurants including Japanese (of course), Chinese and Western style. Kamakura is located only one hour by train from Tokyo.