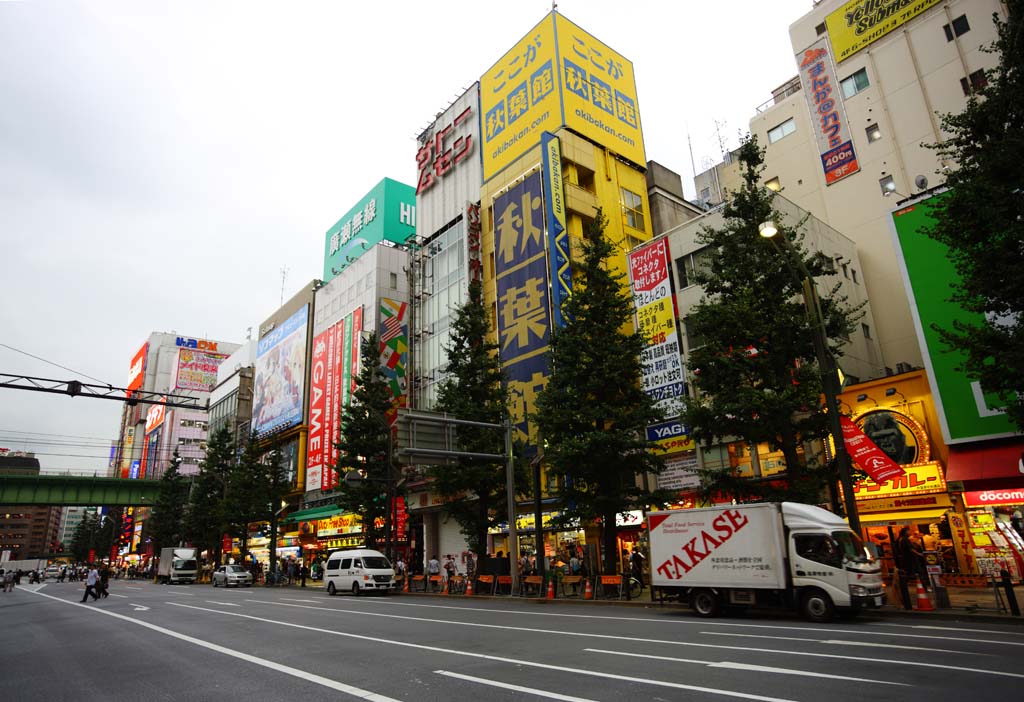 Akihabara is an area of Tokyo and the largest place in the world for electronic appliances and devices.  Located just five minutes by train from Tokyo station, there are over 300 shops in an area of roughly 5,000 square meters selling items including personal computers, electronic parts, home appliances, anime, manga and otaku goods.  The newest items are found mostly on the main street of Akihabara while many kinds of used items can be found on the back streets.  Akihabara, which started from ashes after the Second World War selling radio and other electronic parts illegally brought in by U.S. military personnel, prospered during the 1960s with home appliances such as televisions and washing machines.  Japan’s Golden Age of Electronics continued during the 1970s with audio components followed by personal computers during the 1980s.  Today, we can see a new trend in town with the growth of manga and animation shops.  Akihabara reflects the technological and creative spirit of Japan.