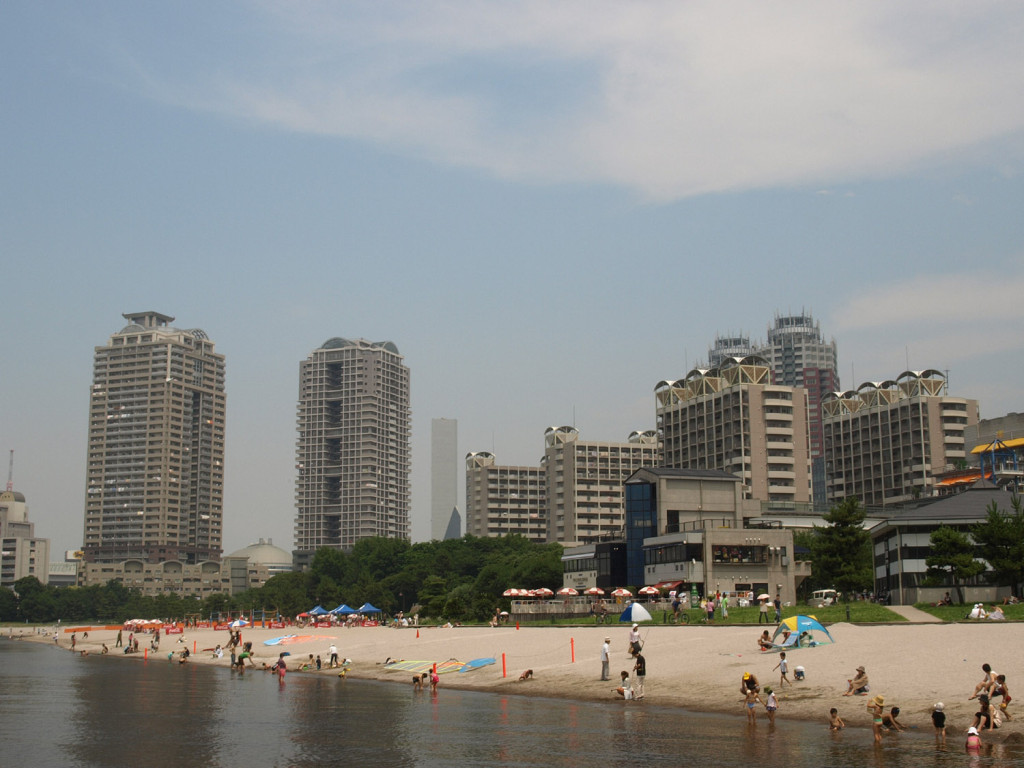 Odaiba is an artificial island located about ten minutes from JR Shimbashi station using the Yurikamome monorail.  Since the 1990s, it has developed into a major business, shopping and leisure area, and a hot spot for young people.  Odaiba literally means cannon battery.  In 1853, Commodore Perry came to Japan and threatened the Tokugawa Shogunate to open its ports for American whale catchers.  Shogunate officials panicked and quickly built six island fortresses installing them with cannons.  One of the original island batteries remains.

Among its many attractions, there are three large amusement complexes called Aqua Cities, Decks, and Palette Town.  In Palette Town, you can test drive the latest Toyota models on a 1.3 kilometer test course.  Aqua City has many attractive points such as movie theaters and a large shopping center (especially for kids goods). The Decks holds an indoor amusement park operated by Sega.  All of them provide visitors with a wide variety of entertainment and places to dine.